Christine Sun Kim and Thomas Mader’s Tables and Windows (2016) draws on sign language teacher Andreas Costrau’s observations that non-deaf students often struggle to describe rooms and objects within them in detail. In the two videos comprising this work, Kim and Mader combine facial expressions and hand gestures, adopting the format of the classic improv game known as “helping hands,” in which the arms of the “voice” player are hidden behind the back and replaced with those of the “arm” player. As they sign precise descriptions of various tables and windows, Kim and Mader alternate roles in the two videos, bringing different skill sets as a native American Sign Language (ASL) speaker and an ASL learner. More than half of ASL is conveyed through the face, rather than manual gestures. Hand signs act as “classifiers” to designate type, shape, and size, while face markers—such as eyebrow or lip movements—provide nuance that can alter or further contextualize the meaning. Native ASL speakers find it natural to describe both spatial and tactile qualities. For example, Kim’s moving face adds texture, position in space, and personality to Mader’s hand signs for “oversized round wooden table.” —Tanya Zimbardo 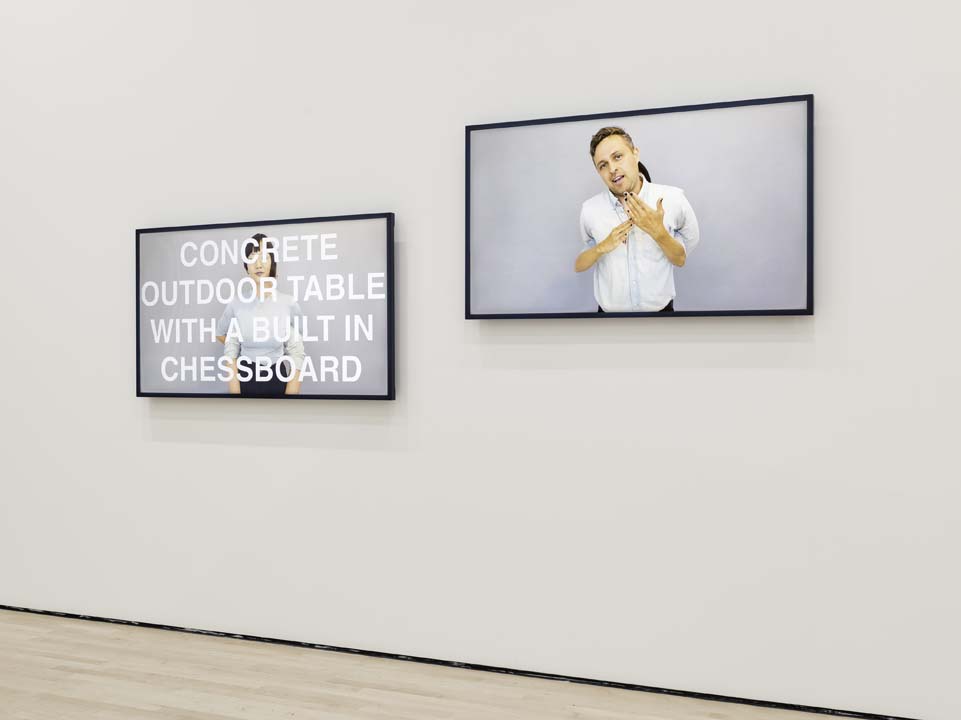 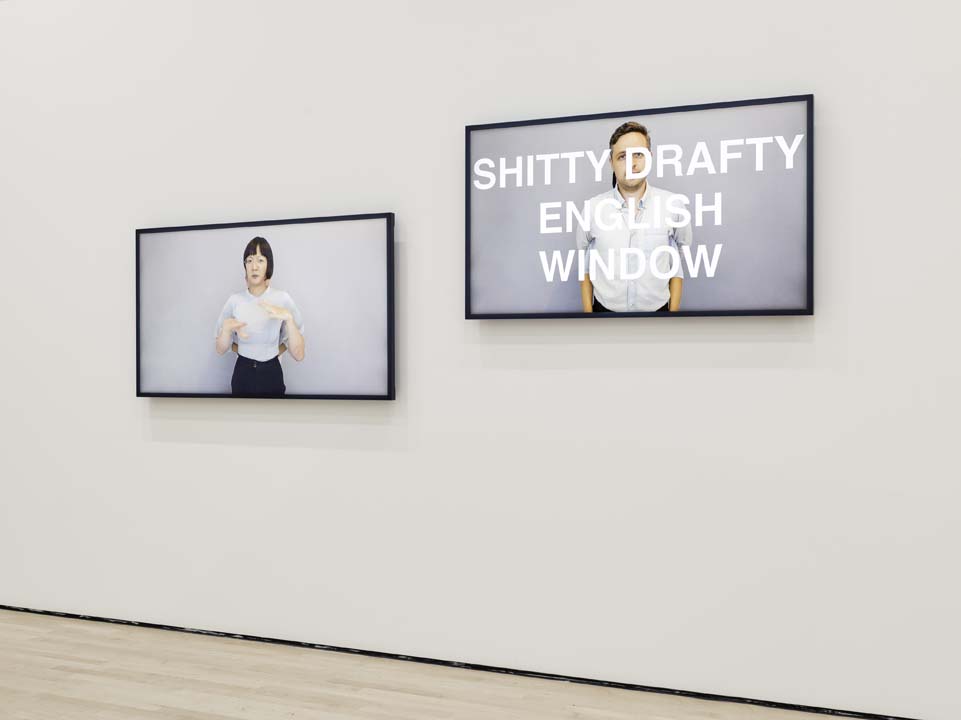 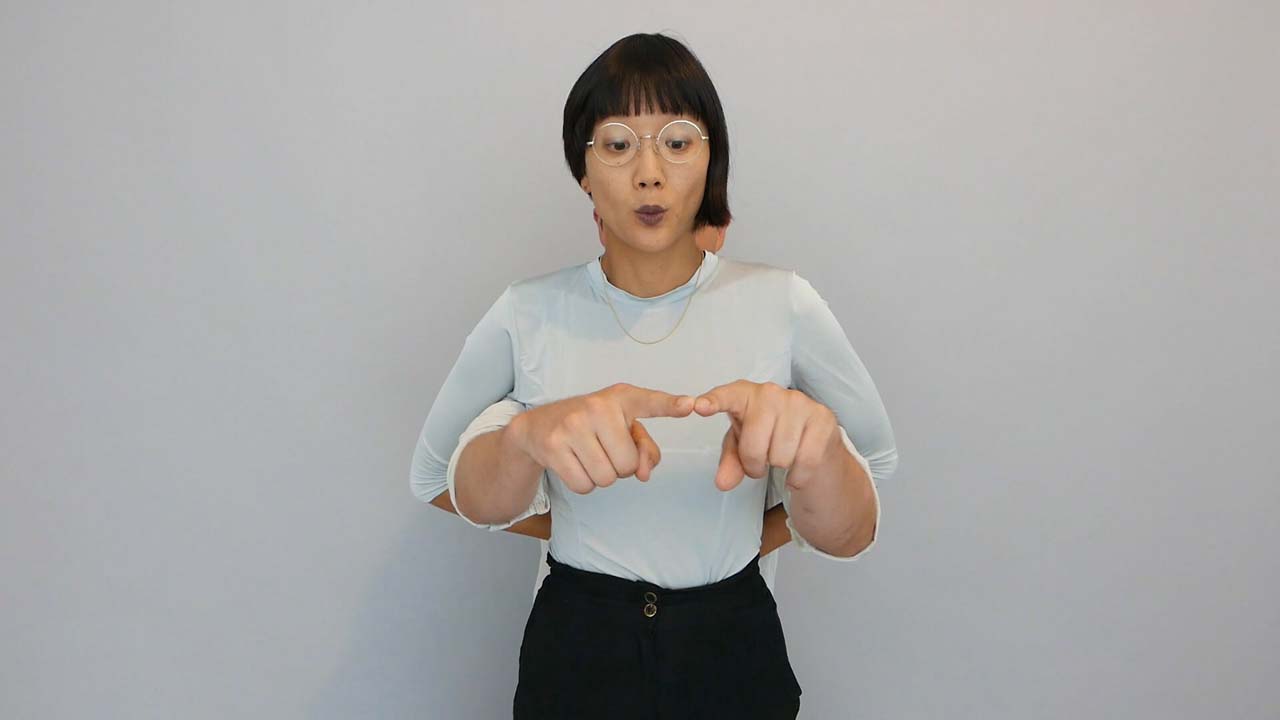 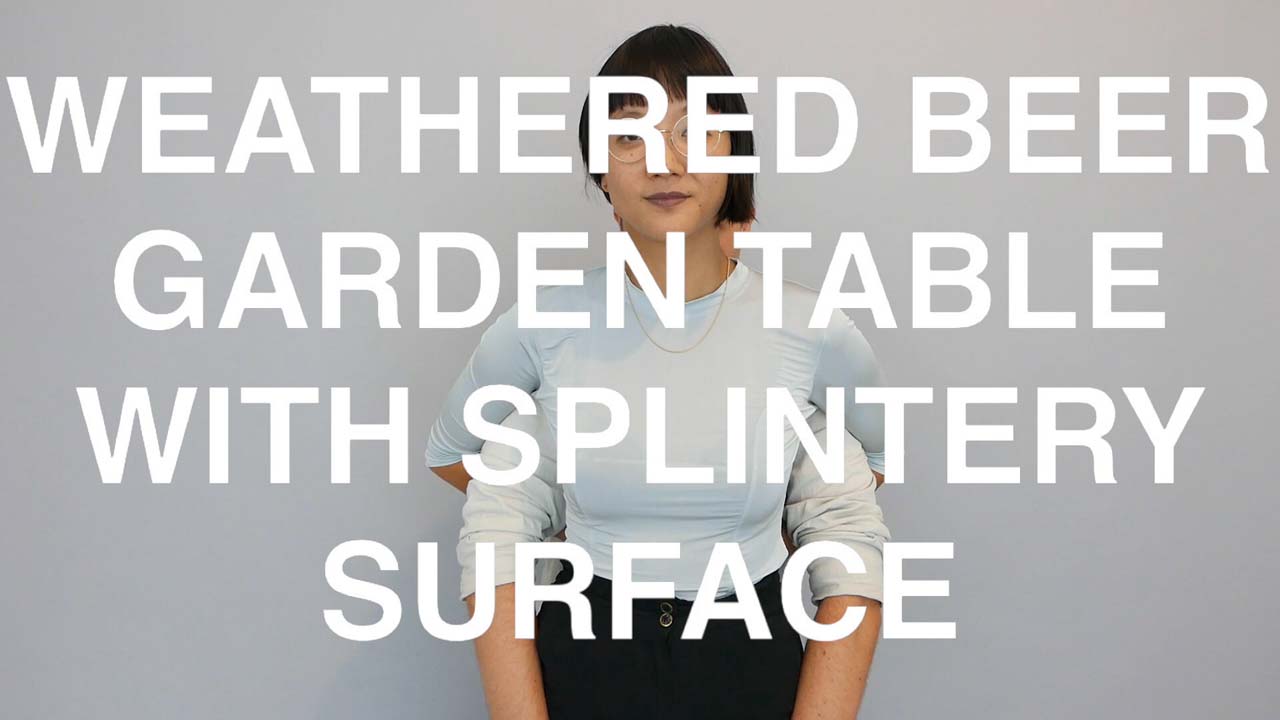 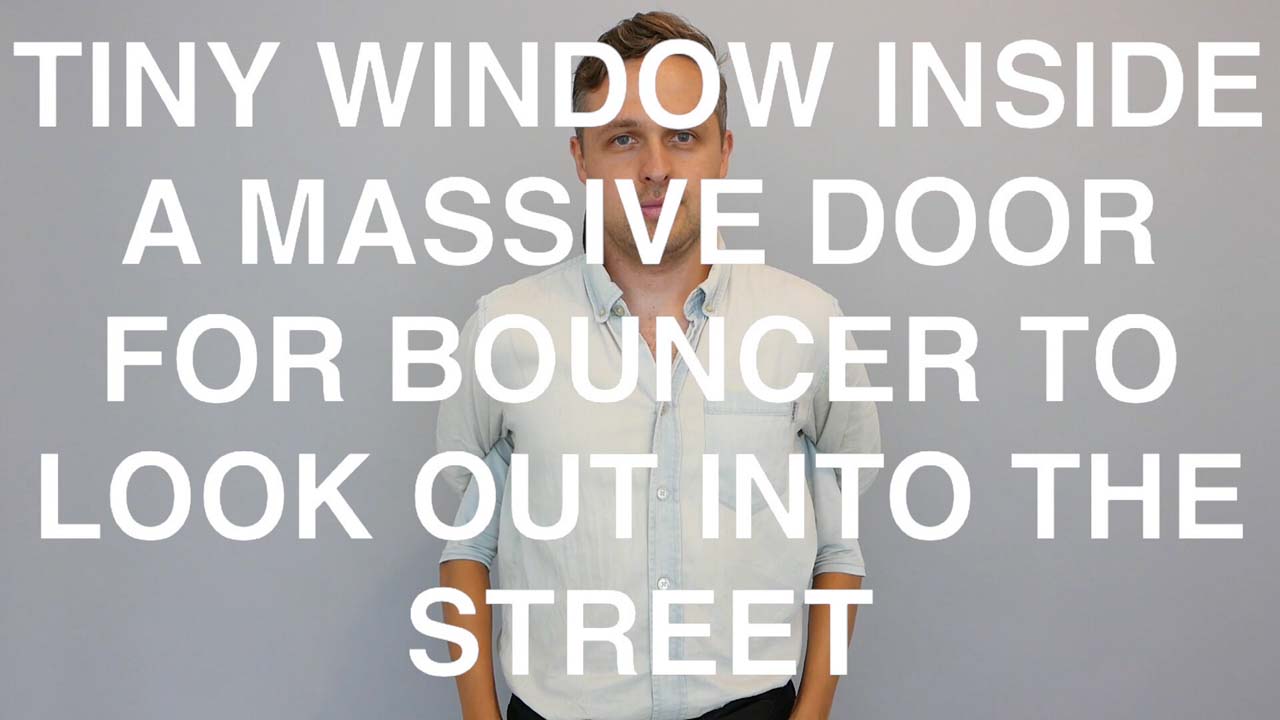